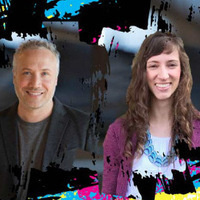 All events are free and open to the public.

Grant began his career at Pixar Animation Studios on the short film Partly Cloudy. He has contributed to films and shorts such as Cars 2, The Good Dinosaur, Inside Out, Small Fry, Partysaurus Rex, Toy Story of Terror, and Toy Story That Time Forgot. He is currently working as a character designer on Pixar’s 2020 releases, Onward and Soul, Pete Doctors new project.

Shalan Ertis has a background in mechanical engineering and product design and is now making a career transition into art for games and animation. Her technical background, creativity, and artistic training provide her with a unique perspective and broad skill set.