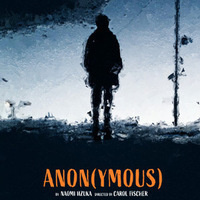 A contemporary and powerful retelling of the epic Odyssey exploring themes of identity, displacement, and the shifting nature of home and family. Anon is a young refugee separated from his mother while escaping the ravaging of their home during a war. His mother Nemasani works in a sweat-shop sewing factory while Anon searches for her across the United States. Similarly to Odysseus, he dodges those who would entrap him, finds unexpected friendship, and experiences supernatural help from the goddess Naja. He must face his memories, his truth, and tell his story before he can find his mother. “I don’t know how to begin,” he says to Naja. “Begin in the middle. Begin in the place in between.” With lyricism and brutal surprises, Anon(ymous) reveals today’s world of humanity with its heartaches and heroics.